How many people play Xiangqi?

How many people play Xiangqi?

There have been many claims by different people that XIANGQI IS THE MOST PLAYED BOARD GAME in the world, more than International Chess, Weiqi (Go), Shogi, et cetera. But how many people do play Xiangqi in the world? Are there facts to support this claim? In this article, the Webmaster will try to answer this question based on some interesting statistics that he has collected. 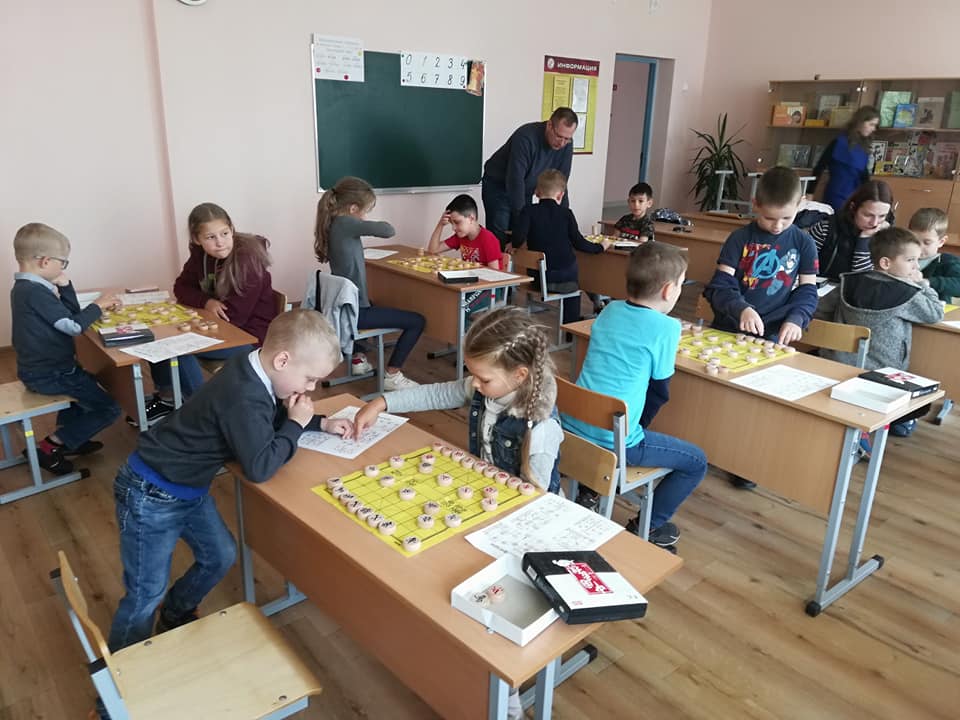 Only an estimate can be given. And the question would have to be broken down into several sections for discussion. If you were to look for a quick answer, it is believed that there are over one billion people in the world that play Xiangqi.

Why it would be impossible to answer this question accurately

Many factors influence the demographics of Xiangqi. Xiangqi is played mainly in China, Vietnam, and usually the Chinese or Vietnamese communities in different countries. The overwhelming majority of Xiangqi players stem from China. Outside of China, Xiangqi players are usually ethnic Chinese or Vietnamese who play the game within their communities.

Non-Chinese and non-Vietnamese players are comparatively rare. And perhaps this was why there is a special division in the World Xiangqi Federation tournaments called the NCNV division to help with Xiangqi's international promotion. NCNV would be the acronym for Non-Chinese, Non-Vietnamese.

The collection of data is an issue. Data on the demographics of Xiangqi, albeit rare, is still more accessible in China than in other parts of the world. Outside of China, there are Xiangqi programs in different countries that provide some data. Other than these sources, there is not much else to fall back on.

The definition of what would be considered to be a Xiangqi player is another issue.

There are simply too many ways to define the criteria to be a Xiangqi player. And that is why the question of how many people play Xiangqi might never be answered. It would be like estimating the number of people who drink coffee or play International Chess or Mahjong.

Admittedly, the statistical evidence is extremely weak when trying to answer this question. Some of the information that the Webmaster has found on the net contained only opinions, even though they were by respected people in the Xiangqi community. Hence, the Webmaster can only approach this question candidly. It is also the main reason he has procrastinated so long in finding the answer to this question.

In the Webmaster's opinion, a good discussion of the demographics should include statistics on gender, age groups, professional athletes, amateurs, number of clubs, number of competitions or tournaments, Xiangqi schools, the number of students enrolled, et cetera.

The Webmaster has spent weeks trying to collect the information presented in this article. He has asked many people and even websites. However, he believes that it would take years, and the efforts of many people before this question can be answered accurately.

Disclaimer: The following information has been sieved through many different articles from the internet that have only partial mention of Xiangqi's demographics. Perhaps, only the information given in the 2019 Xiangqi White Paper is credible. The statistics or information given from other sources is to be taken with a grain of salt.

According to the 2019 Xiangqi White Paper, the number of registered players on Tiantian Xiangqi, Tencent's official Xiangqi site, was 1.2 billion. 75% of these registered users were aged between 20-40 years old (making the Webmaster feel very old…). In 2012, 870,000 registered users signed up for an online competition by Tencent. Online viewing of important matches often hovers at a million, and the Webmaster can personally vouch for having seen over two million online viewers at the same time watching important matches.

Another Xiangqi program, Lianzhong's World of Xiangqi, boasts of about 40000 registered users. 30000 Xiangqi users are present at the 中国游戏中心，another app in China. 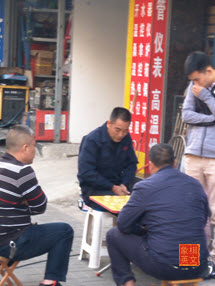 The 2019 Xiangqi White Paper has also provided some interesting calculations. According to the paper and analysis of the various websites and their data, it was estimated that there were about 70000 regular Xiangqi players.

The definition of a regular Xiangqi player was:

The different websites provided the statistics in China in a cumulative effort.

And this is only a rough estimate of the NUMBER OF ACTIVE REGULAR XIANGQI PLAYERS in China only.

In another Xiangqi article comparing the popularity of Xiangqi and Weiqi in China, Yang Baiwei (杨柏伟 yáng bǎi wěi), one of the authors of the Xiangqi Dictionary together with the late Tu Jingming), suggested the number to be over 1 billion. (2)

International chess writer Davide Nastasio, an avid Xiangqi expert, also gave the figure to be over 100 million in his article "How XiangQi can improve your chess. " (3)

An article in 2002 that introduced the BGN World Xiangqi Challenge gave one billion people who played Xiangqi. (4)

In a translation of a tournament book 'BGN World Xiangqi Challenge' by blogger Youhao, there were five million TV viewers per competition match. The simultaneous online viewers of the Globalink Xiangqi page had reached a record number of 1.7 million people. The stats seemed to have originated from CCTV. (5)

More data on the demographics in China

There are still some relevant data from the 2019 Xiangqi White Paper. The book noted that the Chinese Xiangqi Association (CXA) listed 503 professional Xiangqi players. It was estimated that there were more than 5000 amateur Xiangqi players in China.

The 2019 Xiangqi White Paper also gave some statistics of the biggest Xiangqi school in Guangzhou, the Donghu Branch of the Guangzhou Chess Academy. There were 27 teachers in the school, which trained about 8000 students in 2018 and 7000 students in 2017. (1 页 12)

Estimated Xiangqi population in the World

While the data of Xiangqi players in China is not too hard to access, the same cannot be said of the Xiangqi population in the world.

According to an article introducing Xiangqi, Chess, Go, Draughts, and Bridge, it was estimated there were two hundred million Xiangqi players in the world. (6)

There was an article discussing sports promotion in China. It would seem to be a rather old article whereby no date was given. In that article, there was a claim that there were over one billion Xiangqi players in the world. (7)

Philanthropist Paul English claimed that he had 100,000 unique Xiangqi accounts for his Xiangqi website that he created back in the 1990s. There were some technical issues with the site that was discontinued, but Paul has been hard at rebuilding the site again. An official relaunch of the website xiangqi.com is due in January 2021. (9)

As mentioned earlier, it would be impossible to answer how many people play Xiangqi very accurately. Hopefully, this article would provide some food for thought. If any reader of this article can provide more information, the Webmaster would gladly make updates to be closer to the truth.