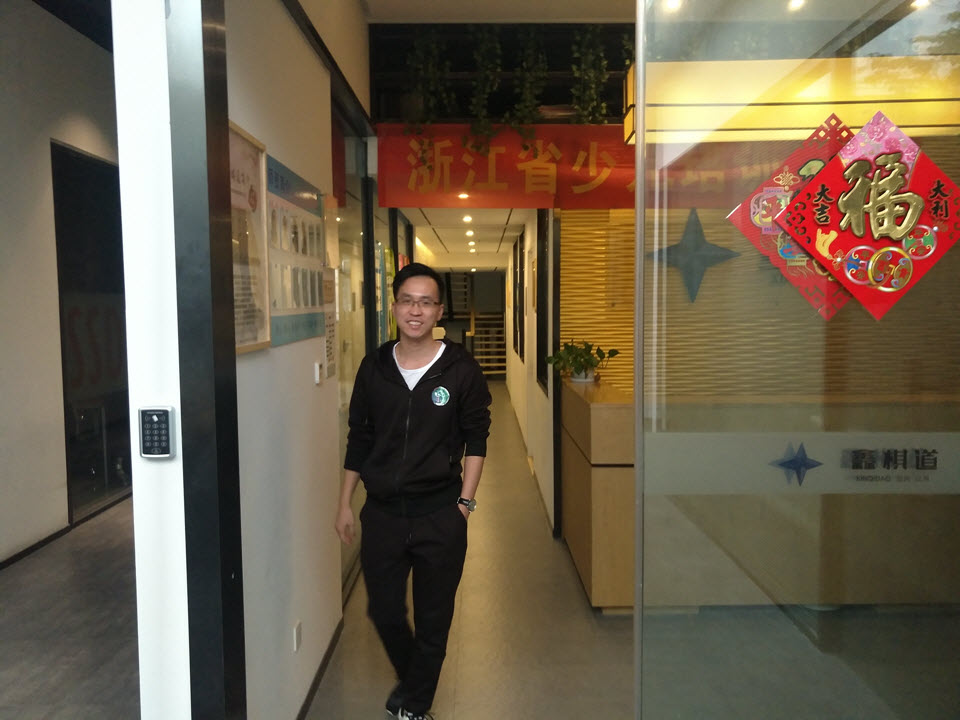 Summary of achievements:
1. 2000 runner up in the under 12 Chinese National Youth Xiangqi Singles Championship.
2. 2001 champion of the under 14 Chinese National Youth Xiangqi Singles Championship.
3. 4th board on the Shenzhen team when they came in 2nd place in the Chinese National Xiangqi Team Championships in 2002. Many had considered the Shenzhen team to be underdogs. Zhao had a recored of 7 wins, 2 draws and zero losses!
4. Champion of the Youth under 16 section of the Chinese National Youth Xiangqi Singles Championship. He was bestowed the title of Master for this achievement. He won the tournament with a record of 9W1D1L.
5. Represented China in the 2002 Asian Xiangqi Championship Youth Section, and was champion.
6. Made Grandmaster in 2007 after winning the 伊泰杯 Yi Tai Cup, defeating GM Zhao Guorong, Lv Qin along the way. He was only 19 years old when he became grandmaster.
7. Won the 嘉洲杯 Jiazhou Cup in 2008 on his very first try. Only National champions and grandmasters were allowed to participate in this competition.
Nickname: 六脉神剑 which was a fictitious powerful martial arts skil that was made famous in Louis Cha's nove.

Zhao Xinxin was born in 1988 and is a native of Zhejiang province. His father was instrumental in encouraging him to play Xiangqi. Early in his childhood, he received pointers from various masters, amongst them 陈寒锋. He game rapidly improved and by the time he was 12 years old, he was making headlines on the national scene by coming in runner up in the under 12 section of the National Xiangqi Youth Championships. He improved by becoming champion in the under 14 section of the same event one year later. For his achievements, he was recruited to the Shenzhen team and played 4th board in the 2002 Chinese National Xiangqi Team Championships. What was amazing was his 7W2D0L record! Imagine, he was only 14 at that time when he went up against accomplished adult masters. His contribution was instrumental in allowing Shenzhen to come in runner up in that tournament. Shenzhen was very much the underdog, whereby Guangzhou, Shanghai and many other teams were favorited. The world was beginning to take this young player seriously. Zhao continued his winning ways, representing China in the Asian Xiangqi Championships in December 2002. He was champion of the youth section. He continued blazing in the Chinese Xiangqi scene and was very much active. In 2005, he was invited to take part in the Chinese National Masters Tournament, where he became champion. He was to be eligible for the title of Grandmaster but was punished for inappropriate conduct by the Chinese authorities for accusations of false play. He was also banned from taking part in further competition for one year. It was a severe blemish in his career.

A year later, after his ban was lifted, he roared back in the Xiangqi scene and proceeded to win the coveted Yang Guanlin Tournament with an undefeated record of 8W3D. Zhao continued his hardworking ways and was finally awarded the title of Grandmaster in 2007, after winning 伊泰杯 Yi Tai Cup, beating Zhao Guorong (no relation) and Lv Qin along the way and was allowed to participate in the 5 Rams Cup the following year. He came in 3rd place on his first attempt which was quite a feat for a 19 year old! Since then, Zhao has had very good results in the various tournaments. Currently, in the latter half standings of 2011, he was placed third. More, much more is to be expected from Zhao!

The following video would be a two hour long lecture by Zhao Xinxin. It is in Chinese.