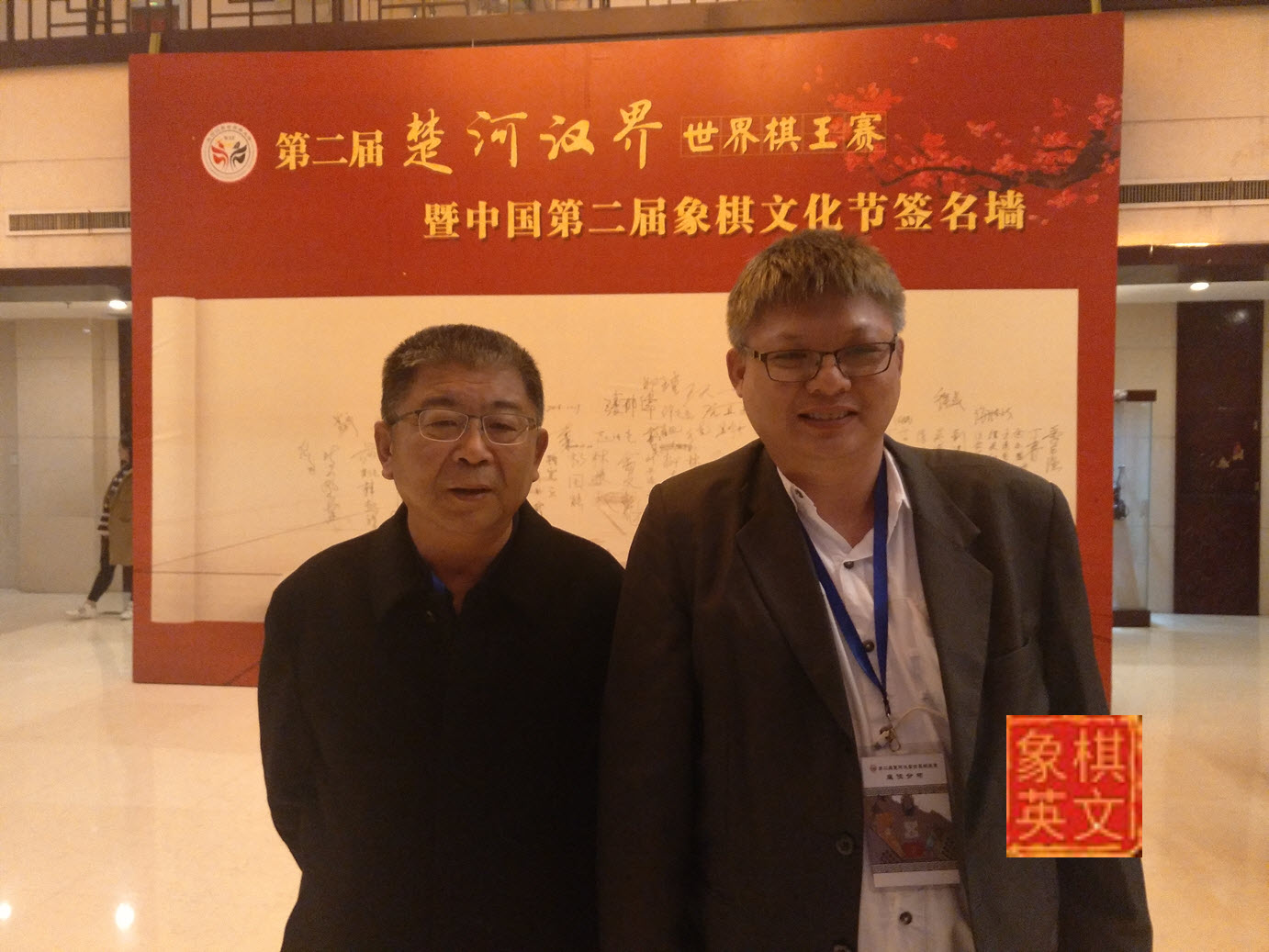 Birthplace: Hebei province Han Dan City 邯郸市
Titles: GM, IGM
Summary of achievements:
4 time winner of the Chinese National Xiangqi Singles Tournament ( 1982,1984,1987 and 1991)
1 time winner of the Five Rams Cup in 1984 Key player on the Hebei Xiangqi Team when they won in 1983, 1985, 1997, and 1998.
Represented China and won gold in 2nd,3rd,5th and 7th Asian Xiangqi Team championships
Also the first person ever to have the received the title of 象棋棋圣after he won the 1989 少林可乐杯
Nicknames: Mr Ingenious智多星

Born in Hebei Province on September 1959, GM Li Laiqun signified and end to the dominance of Xiangqi by Southern players. He was the first champion to have come from north of the Yellow River. Li first made headlines in 1975 when he became the Hebei Provincial Xiangqi Champion. He first started his campaign in the Chinese National Xiangqi Singles Tournament in 1977 where he came in 7th. He gradually improved, coming in 4th in the 1978 tournament, 3rd in 1980 and 2nd in 1981. He was also only the 5th person who had ever won the event, after Yang Guanglin, Li Yiting, Hu Ronghua and Liu Dahua.

The crowning of champion in 1982 also represented a change in the era of Xiangqi scene. Prior to 1960, Yang Guanglin was the man to beat. From 1960-1980, Hu Ronghua was nearly invincible and together with Yang, they ruled the entire Xiangqi universe. GM Liu Dahua dethroned Hu in 1980 and won again in 1981. But until then, Xiangqi was more or less dominated by one player. Although Li Laiqun has never won the Chinese National Xiangqi Singles Competition in consecutive years, he represented a new force, together with Lv Qin, in the 1980’s.
His crowning of champion showed that Xiangqi had entered a new era where it would be nearly impossible to dominate the Xiangqi scene as Yang Guanglin and Hu Ronghua had done so. His style of play has been described as steady and very smooth, and plain ingenious. His opponents and critics are in awe of the way he manipulates and positions his pieces. He is also known for his subtle approach to the game. Rather than kill in opponent in one swift blow, he often gains a little bit of advantage here and there before dealing his opponent a deadly blow. Li is also not your typical Xiangqi GM. Where other GMs continue to play at a competitive level until they retire, Li had a brief “retirement” in the 90’s. In 1996, he founded the Hebei Property Company whereby he still serves as CEO and general manager. He is now one of the greatest property marketers in the province of Hebei. But the itch to play chess made him return in 1998 where he quickly regained his form. He can be seen to participate in competition now and then while managing his business.

For his contributions to Xiangqi in Hebei province, he has been made the vice president of the Hebei chess association and also the coach of the Hebei team.