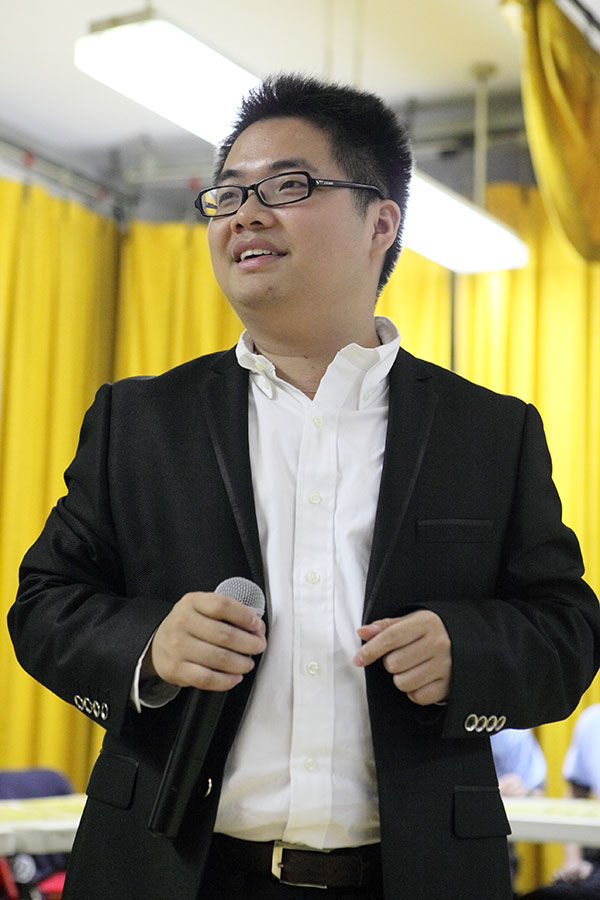 Nicknames: Jiang the Principle 蒋校长 (see ref 1)
The photo on the right was taken by Mr Alan C Lee, and provided by Mr Chris Hankinson.

GM Jiang Chuan has been the leader in points amassed in the Chinese standings for 2 years running, since 2010-2012... (and still continuing). GM Jiang was born in WenZhou City , Zhejiang province in 1984. He started learning Xiangqi in 1990 and soon he started to make his presence felt. At age 14, he won the Zhejiang Provincial Championships and was bestowed the title of one of the top ten best athletes in Zhejiang in that same year. When he started to take part in the National Xiangqi Singles Competion in 2002, he came in 8th place and was awarded the tile of Xiangqi Master. He never looked back again. GM Jiang continued to win and win and win, accumulating so many wins in so many different competitions that my fingers ache...But the biggest highlight of his career was in 2010, when he became the 14th National Champion. Since 2010, he has been the the leader in points. There was an interview with GM Xu Yinchuan not too long ago, whereby GM Xu admittedly stated that GM Jiang was now the number one player in China. Coming from GM Xu, that was a huge compliment indeed. And I have yet to be able to collect more stories or interviews about him, but rest assured, I am sure that his autobiography would be seen soon! 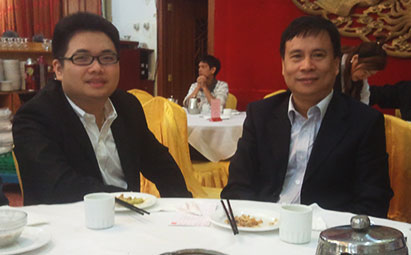 This photo was taken by Mr Alan C Lee and graciously donated by Mr Chris Hankinson. Left is GM Jiang Chuan and Right is GM Lv Qin. It was taken during a trip to the US in 2011.