As mentioned in the previous article, every tactic can be considered in terms of material, position, or space. Tactics used to gain material are, as the name implies, focused on capturing material so that you have more men to fight the battle. It is perhaps the most basic and most straightforward tactic to learn.

The article will be presented as follows:

But how do you break the initial equilibrium and capture enemy material in Xiangqi?

Some common tactics used to capture material include:

Forks (捉双 zhuō shuāng) are perhaps the simplest tactic in Xiangqi used to capture material. Simply put, one friendly piece attacks two or more enemy pieces at the same time such that the enemy will be forced to lose one of his men. 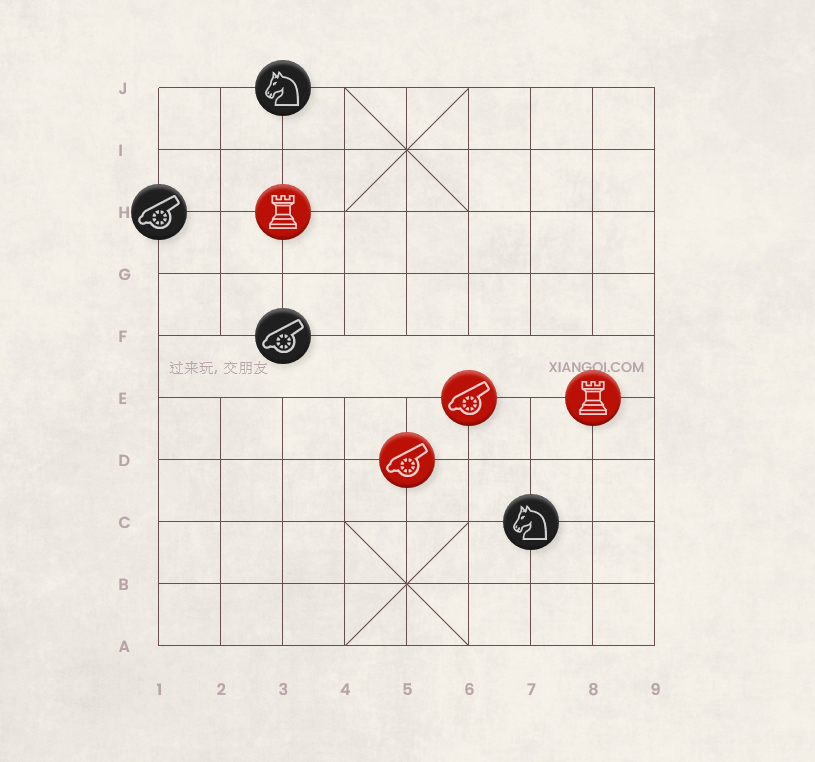 Diagram 1 Examples of a Chariot and Horse Fork

The Chariot can threaten many pieces at the same time because of its wide scope.

The ability of the Horse to attack different intersections on different files and ranks makes it another powerful piece that is commonly used to apply a fork. By virtue of its movement, a Horse can fork up to eight enemy pieces simultaneously, but this is never seen in actual play.

Both the Red Chariot and Black Horse have applied a fork to threaten their respective enemy pieces. 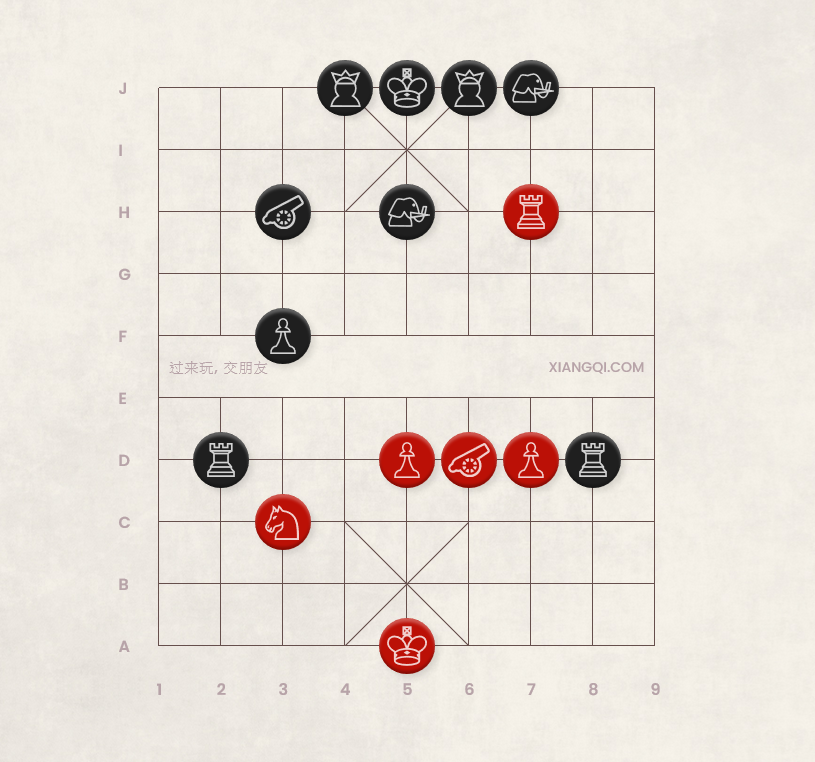 The Cannon Fork may need some explanation for players with a background in International Chess.

Black's Cannon is threatening the Red Chariot and Horse in this example.

Red's Cannon has cleverly applied a fork to threaten both Chariots at the same time.

A fork that applies a check while threatening to capture other material is known as a Royal Fork. The Horse is the most commonly used piece in a Royal Fork. 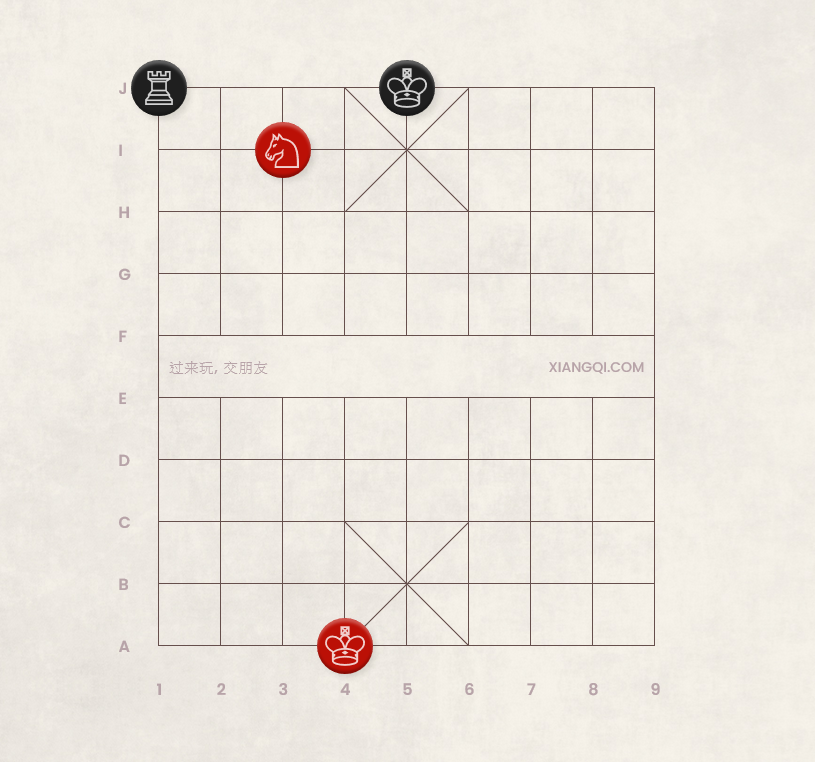 Diagram 3 Royal Fork by the Horse to capture material

The Pin (牵qiān) is another commonly used tactic to capture material. When a pin is applied, the piece applying the Pin will threaten to capture an enemy piece, Piece A, AND the enemy piece behind it (Piece B).

Piece B is often worth more than Piece A, and thus, the enemy is unwilling to move either piece or result in a loss of material. The three most commonly used pieces for pins are the Chariot, Cannon, and King. The King can pin enemy pieces by using the Royal Rule. 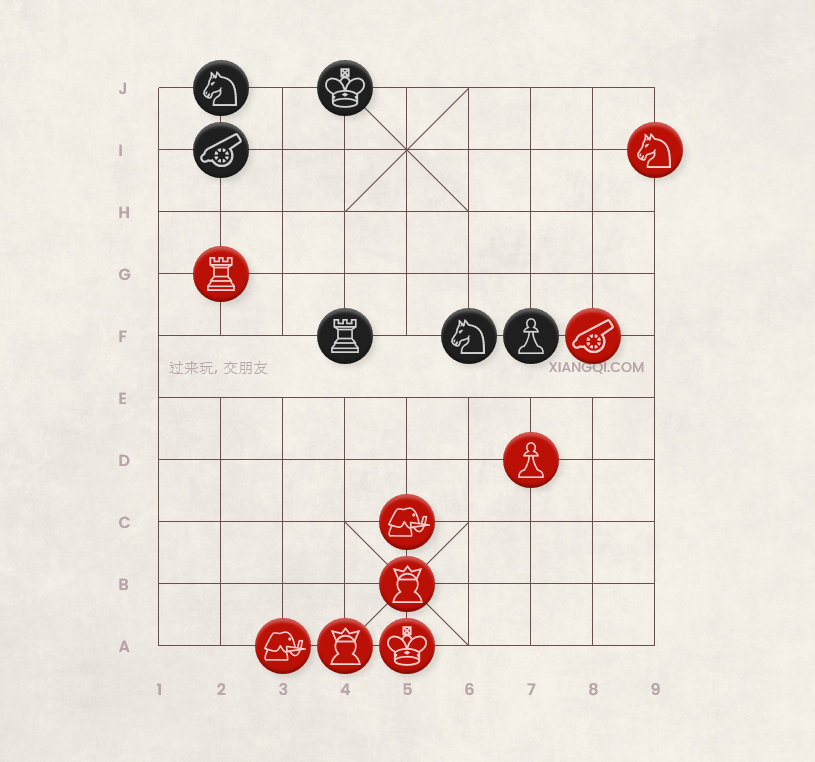 The Red Chariot is attacking the Black Cannon. If the Black Cannon moves away, the Black Horse on the bottom rank is captured. This commonly used tactic demonstrates the use of the Chariot to pin enemy pieces.

Red can also choose to retreat his Horse with H1-2 or H1-3 to capture the Black Horse on the riverbank.

The Cannon Pin has several nice names in Chinese. One of them is 丝丝牵牛 (sī sī qiān niú ) which means to use a thread to steer a bull. Another name is 猴拉马 (hóu lā mǎ), or using the monkey to pull the Horse. Both these colorful names demonstrate the power of the Pin by the Cannon.

A Royal Pin refers to any pin where one of the pinned pieces is a King. 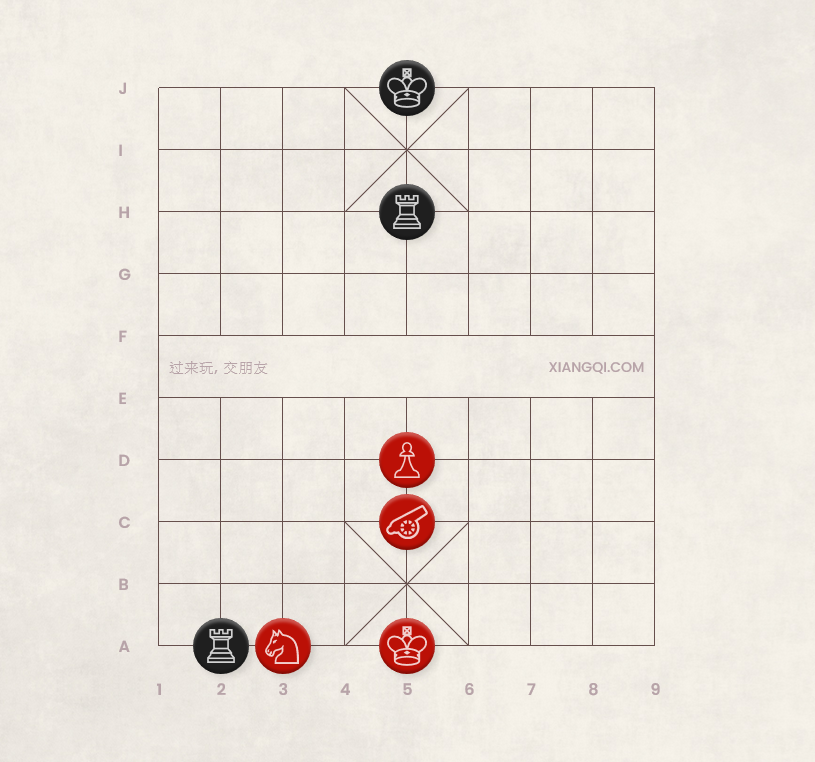 Diagram 5 Example of Royal Pins by the Chariot and Cannon

The skewer (串打chuàn dǎ) is another commonly used tactic in Xiangqi. When a friendly piece attacks an enemy piece, it will force the enemy piece to move away and thus expose another piece (usually less valuable) in the same line. The 'exposed' piece is then captured. Chariots and Cannons are often used to skewer enemy material. Checks are also another way to do so. 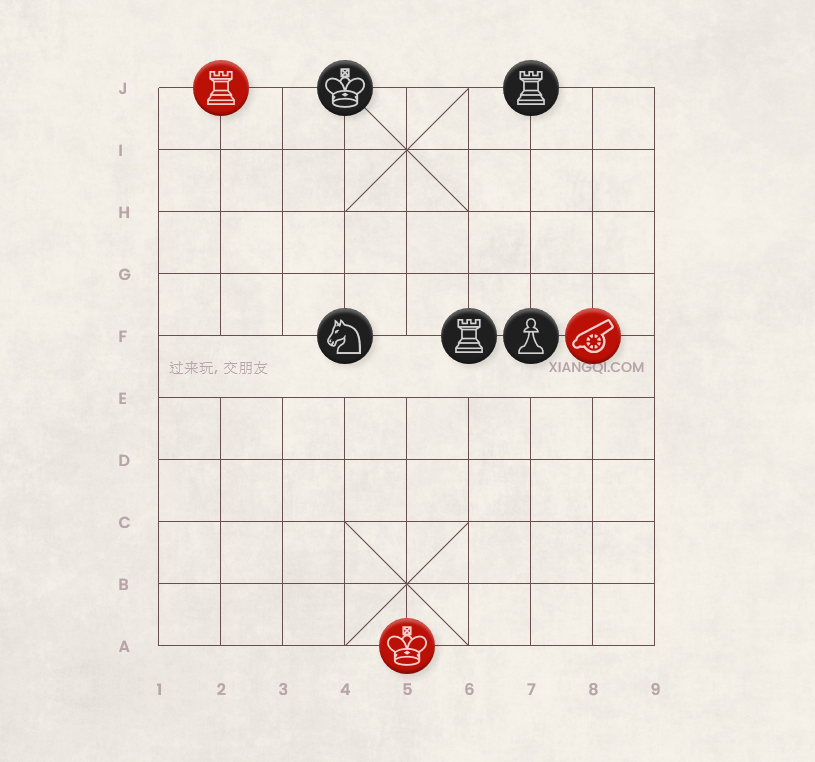 Diagram 6 Examples of Skewers by the Chariot and Cannon

In this example, the Red Chariot delivers a check to the Black King on Black's bottom rank. Black must move his King to safety with K4+1. Unfortunately, in doing so, the Black Chariot is 'exposed' and will be captured by the Red Chariot. Such an attack may also be called 抽子 (chou zi) in Chinese.

The Red Cannon has also applied a skewer to the Black's Chariot and Horse on the riverbank. The Black Chariot is under immediate attack and would often move away. Unfortunately, the Black Horse will be exposed, and the Red Cannon will capture it. Please compare this diagram with the diagrams in the previous section on pins to understand the difference between a pin and a skewer.

The discovered check (抽将得子 chōu jiāng dé zǐ) is a fundamental tactic that is highly effective and very commonly seen. The most frequently used piece-kind combination is the Chariot-Cannon combination. Other widely seen combinations include the Chariot-Horse or Horse-Cannon Combination.

The basic idea behind this tactic is that when piece A is moved to capture an enemy piece, a friendly piece B will deliver a check which forces the enemy to resolve the check. Thus, the enemy piece is captured.

An example of an extreme discovered check at work: the Windmill.

The Detonating Mine Attack, one of the basic kills, is another example with the roles of the Chariot and Cannon reversed. Discovered checks are also used to gain material

Cornering an enemy piece and capturing it (捉死子)

One commonly used tactic is to force an enemy piece into a corner where it is unprotected. Another friendly piece or combination will be used to capture it. This tactic is called 捉死子 (zhuō sǐ zǐ) in Chinese.

The Horse is particularly vulnerable to this tactic as it can be blocked.

Cornering and Capturing the Enemy Horse

Cornering and Capturing the Enemy Chariot

Very often, two or more friendly pieces are required to capture an enemy piece. This tactic involves a coordinated effort from the 'hunters.' The first example in the section on cornering and capturing material is an example. It is a collaborative effort by the Red Pawn, Elephant, and Cannon.

The example shown in using the Cannon Pin (Diagram 4) is another example of a coordinated effort.

The above two examples both involve immobilizing the targeted enemy piece before using other pieces to capture it.

In this example created by the author, both colors have a 1r1h1c combination, but the Black pieces are poorly positioned.

The excellent positioning of the Red pieces will allow Red to gain material and win.

Coordinated attacks to capture material are a thing of beauty in Xiangqi. There are plenty of examples by the Grandmasters and Masters which demonstrate artistic examples of capturing the enemy's material to gain a winning position.

The Four Chariot Rendezvous (四车相见 sì jū xiāng jiàn) is a unique situation in Xiangqi whereby both Chariots of one color face their counterparts at the same time. It usually results in loss of material for one color, and there can be some tricky sequences. 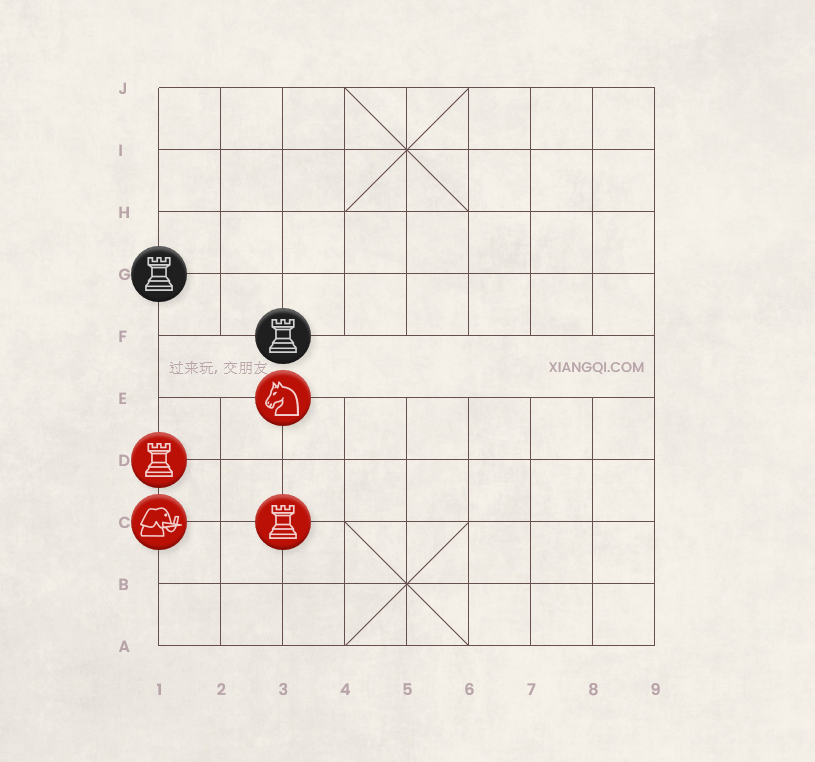 Red has just traversed his Chariot to the edge file to offer a trade of Chariots. It is a blunder whereby Black can exploit and turn the tables.

It is Black's turn to move.

Black can utilize the Four Chariot Rendezvous and play R3+1 to capture the Red Horse and even the odds material-wise. The four Chariots will be facing each other, but Black will have captured an extra Horse in the process.

The pseudo-sacrifice is another commonly used tactic that is slightly harder and more advanced than the aforementioned tactics. One color voluntarily gives up material. With a series of deft maneuvering, an enemy piece is captured, and the color will make other gains in terms of material, position, overall advantage, et cetera.

This example was taken from the late Zhu Baowei's book. Material-wise, both colors have the same number of major pieces, but Red has the advantage of an extra Pawn. (2 页 138)

However, it seems inevitable that Red will lose his Cannon. If Red treated his Cannon, Black could play R1+3. Black cannot move his Chariot R4=8 to protect his Cannon.

It is Red's turn to move.

The above tactics and examples are some of the fundamental tactics used in Xiangqi to capture material.

Xiangqi Masters and Grandmasters have demonstrated many brilliant, even artistic, ways of gaining material using the tactics shown above. But even then, they rely on the fundamentals. Please understand them and always be on the lookout to apply these tactics should the situation arise.