The Unparalleled Plum Flower Manual (《无双品梅花谱》wúshuāng pǐn méihuā pǔ) was written by Zhou Tingmei (周廷梅 zhōu tíng méi) who was a Xiangqi expert of his time. The history books suggested that he seldom met any opponent that was on par with his skill.  The manual was believed to have been written or published around 1760-1770AD, during the reign of Emperor Qianlong.

The Unparalleled Plum Flower Manual was Zhou's adaptation and improvement of Wang Zaiyue's original. In the 1940s, there was a periodical called Xiangqi Monthly (《象棋月刊》xiàng qí yuè kān) that republished the original manual, which had been passed on as a hand copied version. As a sign of respect to Zhou's work, the periodical called the manual 无双品, which mean that it was unparalleled or unique. That was how the book got its name. 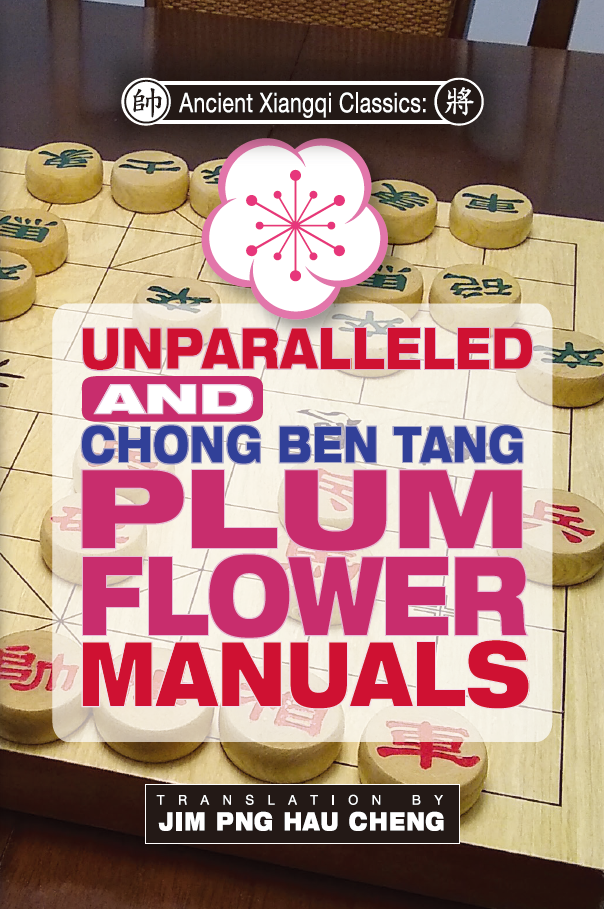 There were only four boards to the Unparalleled Plum Flower Manual. It can be viewed as a continuation of the Wang's Plum Flower Manual where Black demonstrated how the Screen Horse Defense could be superior to the Central Cannon. As with the other Xiangqi manuals of its time, there was a romantic style of play where bold sacrifices and kills could be seen. The boards shown here would serve to be another important chapter of the Cannon-Horse Debate.

This book, together with Chong Ben Tang's Plum Flower Manual, has been translated into print form with added commentaries and analyses. It is part of the effort of the Webmaster to preserve the ancient Xiangqi classics. It can be bought on Amazon.

The original contents in the book were as follows: