The Games between Shi and Yang was another Qing Dynasty ancient manual that was believed to have been created towards the end of the reigh of Emperor Qianlong of the Qing Dynasty (1711-1799AD) and the start of the reign of Emperor Jiaqing (1796-1820AD).

The ancient manual was a record of twelve matches played by Yang Jiangting (杨健庭 yáng jiàn tíng) and another person with the surname of Shi (石).  Yang Jianting has been recorded in the history books as adept at using the horse and was nicknamed the Four-faced Tiger (四面虎 sìmiàn hǔ). Little to nothing was known about his opponent, Shi. 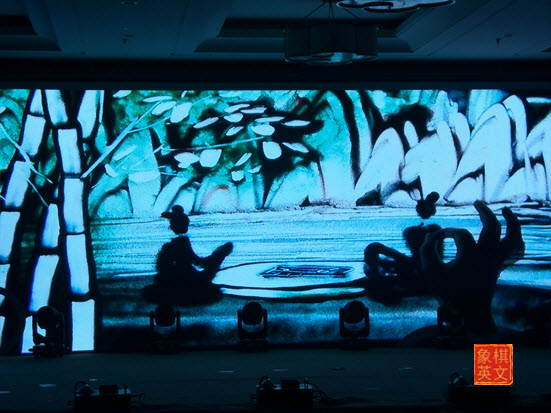 There were twelve match records in the ancient manual:

The Games between Shi and Yang have been compared to Wu Shaolong's Xiangqi Manual which probably occurred at a slightly earlier date. Both were rare ancient manuals that contained only games records and probably reflected the level of play in their time. The Games between Shi and Yang were later collected in to Xie Xiaxun's Encyclopedia of Xiangqi Manuals.

An interesting thing to note would be that the Same Direction Cannons seemed to have fallen out of favor by this time, and there was no game of Opposite Direction Cannons that was played. The pawn opening seemed to have gained popularity. While the sample size of both the Games between Shi and Yang and Wu Shaolong's Xiangqi Manual is too small and perhaps insignificant, it does imply that Xiangqi was slowly undergoing evolution and that the preferred openings were changing with time.

The entire ancient manual has been given below. (still under construction)