The Rules of Xiangqi (Chinese Chess)

The Rules of Xiangqi (Chinese Chess)

One of the most commonly asked questions about Xiangqi (Chinese Chess) is the rules of the game. Unfortunately, this topic is extremely broad and not as simple as it seems. 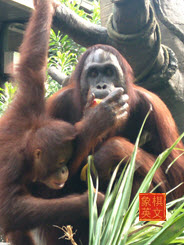 If the visitor were looking for an article on how to play Xiangqi, please refer to How to Play Xiangqi by the Webmaster. This article would give a short introduction to the Rules of Xiangqi from ancient times up until modern times.

This topic shall be discussed in the following aspects:

The earliest rules for Xiangqi existed no later than the Southern Song Dynasty (1127-1279AD), as evidenced by the earliest, still an extant record of the game, Shi Lin Guang Ji.

There was mention of how to play the game in various poems. Of particular mention was a poem by Liu Kezhuang (刘克庄Liú kè zhuāng, 1187-1269AD). (1) The poem was called《象弈一首呈叶潜仲 xiàng yì yī shǒu chéng yè qián zhòng》诗中描绘了棋盘、棋子的形式和下法，与现在流行的下法相同)

c) the Webmaster has trouble applying the pronunciation marks to  lu:.

The following would be a translation by Dennis A. Leventhal in his The Chess of China. The Webmaster feels that it is a rather accurate translation. (3)

“Lesser arts are not difficult to master,

But even the best minds have more to learn.

Look at the chess game in the tangerine!

Their wisdom did not extend beyond the board.

Divided by a great river border.

Encampments laid out a central power

Thirty-two units in all,

One by one, they transform the array.

First (one) advances to challenge the enemy;

(The other) marshals a fortress-like defense.

Thrusting deeply, one sacrifices his braves;

(The other) holds firm awaiting opportunity.

Some are held off like at the siege of Chü;

Distant cannon is no vain threat,

Defeat may arise from lesser numbers,

(But) may not strong blows overcome the greater?

At K’un-yang, even with his elephants, (Wang Mang’s army) fled;

At Ch’en-t’ao, ‘though strong in chariots, (Fang Kuan) suffered defeat.

With only a few cavalry, Kuo (Tzu-yi) went forth to victory;

‘Though only an advisor, Chi An remained by (the throne).

After presenting his captives, the General is recorded as meritious;

For his excellent achievements, the people praise him happily. “

As can be seen in Liu Kezhuang’s poem, the rules for Xiangqi were already well-known and developed by his time, which would be the Southern Song Dynasty. All seven types of chess pieces were mentioned, and the number of men was also clearly specified. The layout of the Xiangqi board could also be interpreted in the poem.

The mention of the cannon as one of the chess pieces was also significant as we would not doubt that the Xiangqi played back then was the same as modern-day Xiangqi.

Liu Kezhuang’s poem/ode has been listed as one of the concrete pieces of evidence proving that the Xiangqi we play today had already taken form during the Southern Song Dynasty, about a thousand years ago.

Other mention of the Rules in later ancient manuals

The rules of Xiangqi that were used in ancient times were a little bit different. Evidence of this can be found in still extant ancient manuals that go back as far as the Ming Dynasty (1368 to 1644AD). The rules used in the Qing Dynasty (1644-1912AD) were a continuation of the ones used in the Ming Dynasty. Of notable interest would be the user that was written in the Remains of the Heart of the Warrior (《心武残篇》xīn wǔ cán piān) whereby there was a rare segment discussing the rules of Xiangqi in its time. There was also a slight mention of the rules int eh Plum Flower Springs Manual. (4 页 52) 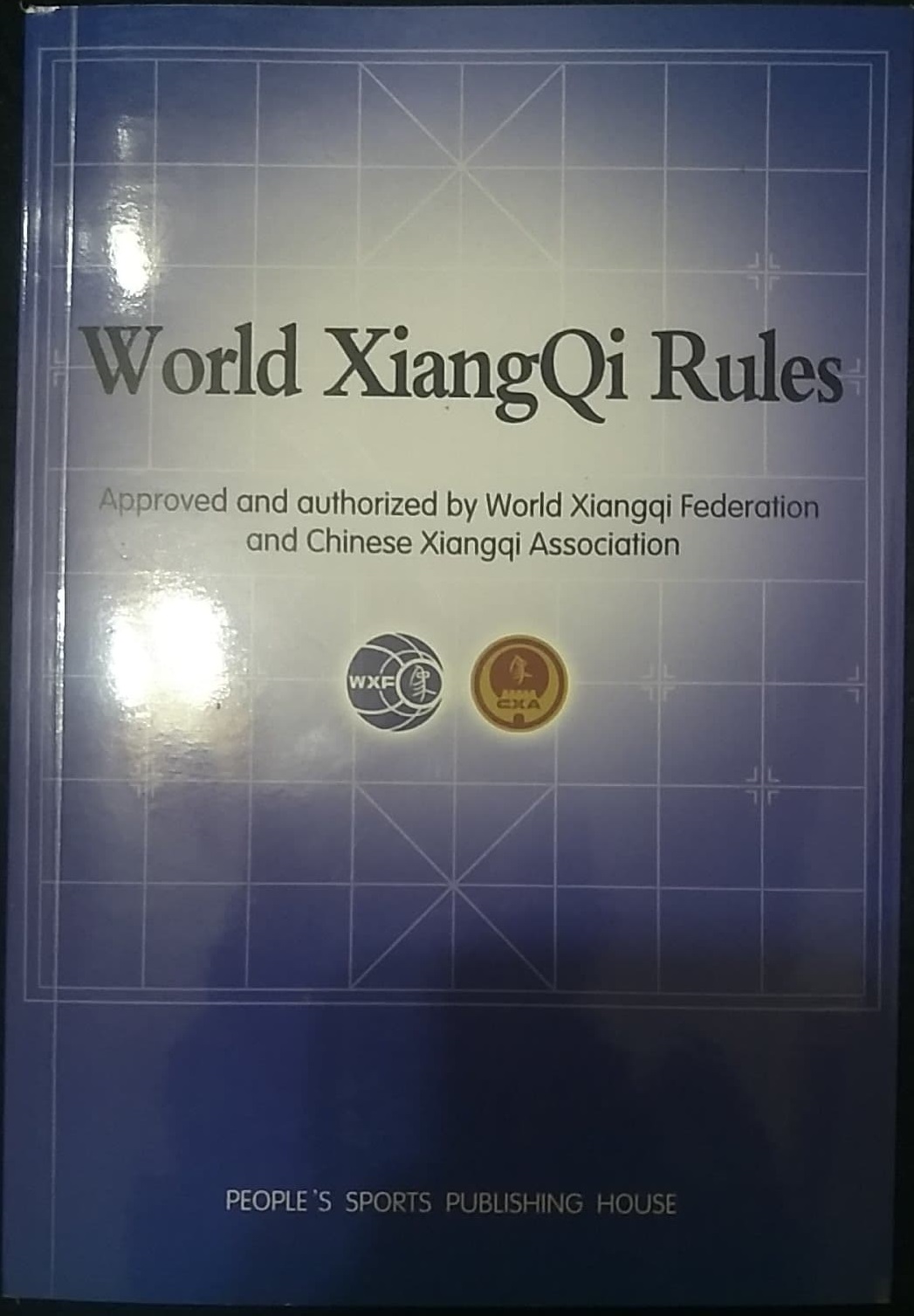 In 1956, Xiangqi gained status as a sport in China, and the Chinese Xiangqi Association was formed. The first-ever Chinese Xiangqi Individual Championships in China were held that year, and a committee was formed to formulate the rules. As the Chinese Xiangqi Association regulated the rules, the Webmaster has decided to call them the CXA Rules, which are called 《象棋竞赛规则》(xiàng qí jìng sài guī zé). The CXA rules would be translated as Rules of Xiangqi to be used in competition. To date, there have been more than ten revisions with the latest revision being done in 2011.

The Asian Xiangqi Federation was the biggest group in charge of the promotion of the games outside of China. However, the amount of work to be done was too much. So the World Xiangqi Federation (WXF) was formed in 1991 to help shoulder the responsibilities of spreading Xiangqi.

Both the AXF and WXF used the AXF Rules in tournaments throughout the world, and it was the golden standard for a long time. There were also periodical revisions to the AXF Rules.

In 2018, to unify the rules for international promotion, the World Xiangqi Rules （《世界象棋规则》shì jiè xiàng qí guī zé）was jointly commissioned by the WXF, the AXF, and the CXA. It was based primarily on the AXF Rules. Most importantly, an English version of the rules was added, which the Webmaster had the honor of doing the translations.

The World Xiangqi Rules is now the official standard set of rules to be used in competition outside of China.

But why are there two sets of rules?

In a nutshell, the level of play in China is still decades ahead of the rest of the World. To cater to this level of Xiangqi, the implemented CXA Rules are much more demanding than the World Xiangqi Rules. While Xiangqi is still being introduced to the West, the less demanding World Xiangqi Rules would be more readily accepted by newcomers and make promoting Xiangqi much easier.

According to Tu Jingming’s Xiangqi Dictionary (《象棋词典》), there was no unified set of rules for Xiangqi in ancient times, and there was little discussion. Perpetual Checks were not allowed, though. As mentioned earlier, only the Remains of the Heart of the Warrior (《心武残篇》xīn wǔ cán piān) contained a rare segment discussing the rules of Xiangqi in its time. (4 页 52)

Most people asking about the rules of Xiangqi probably refer to simple rules for conducting a game for casual play.

Over the years, the Webmaster has been asked many times about the rules. In the old website, there was a section dedicated to the Rules used by the Asian Xiangqi Federation or AXF Rules for short. However, after moving the website, the Webmaster decided to delete the section altogether for reasons that will be explained later.

In a nutshell, the following rules would be fundamental differences that International Chess players have to get used to when trying out Xiangqi:

There are some similarities for the rules used in Xiangqi and International Chess:

For how to move the pieces and capture material, please refer to the article on how to play Xiangqi.

There are TWO sets of Rules in Xiangqi. In a nutshell, as competition is generally a few notches higher in China, Xiangqi tournaments in China adhere to the Rules given by the Chinese Xiangqi Association, which will be abbreviated as the CXA Rules. For tournaments outside of China, the recently unified World Xiangqi Rules, which was published in 2018, is the golden standard. For newcomers still unfamiliar with which set of rules to follow, the World Xiangqi Rules would be the only set of rules to follow.

There are some differences between the World Xiangqi Rules and the CXA Rules, but they are concerned mainly with repetitions. To decrease the possibility of ending in a draw, the CXA Rules are generally stricter and more demanding on the players. For example, the Fifty-Move Rule is used in the World Xiangqi Rules, while the CXA Rules demand at least sixty plies before a draw can be reached. It is not in the interest of this article to go into further differences between the two sets of rules.

The World Xiangqi Rules, on the other hand, was based on the rules presented by the Asian Xiangqi Federation (AXF for short). In 2018, the AXF rules were slightly modified to become the World Xiangqi Rules. An English version was finally available, and the Webmaster was honored to have been able to provide the English translations.

As for International Chess, the FIDE rules remain the gold standard.

The system for the passing of judgment on repeated positions is also different in Xiangqi.

In summary, in the event of a dubious position, the following scenario is usually seen:

In short, the nature of the moves is the key to passing judgment.

There are very specific definitions of each of the terms which would be beyond the scope of this article. 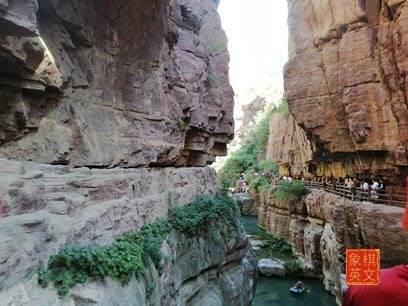 In Material Handicap Matches, whereby a piece, usually a horse, is given up by the stronger player, there are special stipulations to ensure that the game is still playable for the person with a handicap.

For example, in matches whereby two horses are given, the central Pawn of the player with the handicap CANNOT BE CAPTURED unless it moved. The Central Pawn would be known as an Untouchable Pawn (铁兵 tiě bīng). (4 页 52)

One of the biggest problems facing Xiangqi app development is the rules. And if would cause the game developers a huge headache because of the different sets of rules in use.

For example, the Tiantian Xiangqi App is perhaps the most popular Xiangqi app there is. In repeated positions, Tiantian Xiangqi would not seem to be able to pass the correct judgment. Instead, most of the time, it would be a draw.

The Webmaster has also seen similar issues with other apps.

The Webmaster has often marveled at the fact that the same set of rules for Xiangqi had already existed over one thousand years ago. Although there were minor corrections, the Rules in the ancient times still apply! It is also quite remarkable that the rules of handicap games were quite sophisticated.

As an ending note, for beginners who want to know the basics of the rules, the official set of rules would be the World Xiangqi Rules. The Webmaster was honored to have translated the English version of the Rules. The book itself can be bought online.