Xiangqi (Chinese Chess) can be extremely addictive. From the author's personal experience, everything in the world stops, and time flies fast when playing Xiangqi. Indeed, playing Xiangqi will often lead to the delay of other important matters. Children and adults can both be addicted to Xiangqi alike. The following content are fascinating historical accounts of children who were so besotted with Xiangqi that their parents threw away their Xiangqi sets as punishment. The children wrote poems that expressed the anguish and grief they felt that the author could identify quickly. These poems have been passed down through generations.

The contents of the article are:

Wang Yangming (王阳明1472 – 1529AD, wáng yángmíng) was one of the most influential scholars of the Ming dynasty. He was also a polymath who excelled at being a philosopher, calligrapher, politician, Confucian thinker, military general, and writer. Born Wang Shouren (王守仁 wáng shǒurén), he was most well known for being a neo-Confucian scholar.

Wang Shouren was also a Xiangqi lover. Wang Shouren was known to very studious, but he was also very active and playful when young. Xiangqi was his passion and would often get the better of him in his studies. He would constantly challenge adult players to play Xiangqi and forget to go home to eat dinner.

One day, Wang's mother had prepared dinner, and both his parents were waiting for Wang Shouren to come home. Time passed, and finally, the elderly Wang decided to go to the Xiangqi stalls that Wang Shouren frequented. Wang Shouren was doing battle on the Xiangqi board and forgot that it was time to go home.

His grief made him create and recite the poem "Crying for Xiangqi" to show his anguish to his parents.

The translation below is the author's brave attempt at sharing Wang's grief over the loss of his beloved Xiangqi set.

Crying for my Xiangqi

Joy is when Xiangqi is held in my hands, but it turns into grief when I can only helplessly watch as my beloved Xiangqi was thrown into the river by my strict parent.

The Pawns could not save themselves after falling into their watery grave, so did the General who drowned with them.

The Horse who traveled a thousand miles set out again going with the flow; the Advisors followed suit as they bobbed in the river.

The Cannon thundered as it fell into the river, and one could feel the heavens and earth shake; the pain was like my heart being wrenched apart.

There is much beauty in Wang Shouren's poem. It is considered one of the more unique ways of expression when creating poetry as the first Chinese character of each verse represented Xiangqi and its pieces.

In just a mere fifty-six words, the joy of playing Xiangqi, the deflated morale of the soldiers and their King were skillfully expressed. The mighty Horse which once roamed and commanded the Xiangqi board was reduced to nothing. And the Cannon let out a thunderous cry that touched even the heavens and earth.

But did Wang Shouren actually write the poem?

The authenticity of the passage above is debatable and should be taken with a grain of salt.

According to another source, Wang Shouren did not write the poem at all. It was by some unknown 'poet' who wrote it and attributed the poem to Wang Shouren. This interesting claim was published in a book 《中华棋坛掌故》.

Qian Fu loved Xiangqi but had his Xiangqi set thrown away by his father. In his bereavement, he wrote “Mourning my Chess Set”《吊棋》. (5)

Given below is the author's translation

Life was peaceful and easy when the chess pieces hit the board,

But who knew they would ire my father.

The Chariots could not save the Pawns when they fell into the river,

So did the Advisors, who could only helplessly watch as the General fell into the river.

The Horse who traveled a thousand miles now drifted with the river,

The Elephant wept as it crossed three rivers.

The Cannons roared one last time, disturbing the heavens,

The Dragon was awakened and soared above the clouds.

Ji Xiaolan (纪晓岚,1724-1805 AD, Jǐ Xiǎo lán) was a Chinese philosopher, politician, and writer who lived in the Qing dynasty. He was primarily known for his eloquence and was portrayed in serial dramas as a quick-witted and eloquent speaker.

There are some stories of Ji Xiaolan and Xiangqi. The actual authenticity of these stories is debatable, and the author cannot verify them. However, some of these accounts have been collected into respectable books like the Encyclopedia of Xiangqi, a book that Xiangqi Master Huang Shaolong authored for the Asian Xiangqi Federation. (7)

According to the Encylopedia of Xiangqi and various articles, it was said that Ji Xiaolan was six years old when he became obsessed with Xiangqi. His guardian was his fourth uncle, who tried to curb his passion for Xiangqi. Unfortunately, the article on Ji Xiaolan seemed to have mistaken Wang Shouren's poem mentioned above and claimed that it was Ji Xiaolan who wrote it instead.

In the Encyclopedia of Xiangqi, there was another account. It was said that when Ji Xiaolan was six, he was besotted with Xiangqi and did not go home after school because he played Xiangqi at his friend's home. His guardian, who happened to be his fourth uncle, found out that Xiangqi was the cause of his disobedience and proceeded to throw the Xiangqi set into the river. The tearful boy proceeded to write the following poem, "I cry for Xiangqi":

Below is a translation by the author:

Happy am I when I hold the Xiangqi pieces in my hand,

Sad am I when fourth uncle threw them away.

The poor soldiers and pawns were not saved after falling into the river.

The Horse capable of traveling one thousand miles went its way with the stream.

The Cannon roared once, and it shook the heavens and earth,

The pain in my heart cannot be described.

The author has not been able to find this version allegedly by Ji Xiaolan in other articles or books. And the poem is very similar to the poem written by Wang Shouren mentioned above.

Not long after, Ji Xiaolan bought a second set and hid it at his friend's place. Unfortunately, the elderly Ji found out about the second Xiangqi set and threw it into the fire. Tried as he could, Ji Xiaolan managed to save only one of the pieces from the furnace. Tearfully, Ji Xiaolan wrote the poem, "Again I cry for my Xiangqi：:

Below is a translation by the author:

this time the soldiers and generals went straight into the alchemist's furnace.

The thirty-one pieces could withstand the heat,

and they turned into smoke almost immediately.

Only the General escaped this deadly fate,

For he had hidden beneath the table and escaped fourth uncle.

Although he was lucky not to go to heaven,

he was forced to become a prisoner of war in the drawer.

Other accounts of Ji Xiaolan and Xiangqi

Other accounts can be found on the web, but the supposed poems that Ji Xiaolan wrote could not be found. However, the story was interesting, and the author feels that it is a perfect fit for this article. He only advises the reader to read the poems with a grain of salt.

One day, the teacher applied for a leave of absence, and the students had the day off. Worried that Ji Xiaolan would go out and play Xiangqi, fourth uncle Ji Rongduan (纪容端 jì róng duān) ordered Ji Xiaolan to stay in the house to study and even gave him assignments. Among one of the assignments was to write poems that cannot be about Xiangqi.

Ji Xiaolan knew that his fourth uncle had just placed him under 'house arrest' and could do nothing about his plight. So, he resigned himself to his fate and studied the whole day.

Nighttime came and the elderly Ji asked Ji Xiaolan to present to him the poem that he had written.

Below is the author's translation:

The general achievements were able to cover his shortcomings and resulted in peace between the high-ranking officials.

Is it a great deal that the soldiers (a play on the words which would have been the Advisor piece) die for a dear friend?

They covered each other's weaknesses;

Like the Chariot was a role model to the Horse.

If the classics were but repetitions, is there a need to learn them?

We can only bear with the waste of time.

Fourth uncle was furious and scolded Ji Xiaolan for writing a poem that was about Xiangqi as there were references to all the seven pieces in Xiangqi. Ji Xiaolan tried to defend his poem and told his fourth uncle that this poem was not about Xiangqi. Instead, it was his lamentation about having to study.

To back his words up, Ji Xiaolan took out another poem from his drawer and told fourth uncle that this was the poem about Xiangqi. 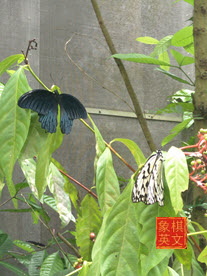 Given below is the author’s translation,

The two players sit opposite each other,

Trying to fathom the mysteries in Xiangqi.

The Central Cannon is very powerful,

The two Horses form a screen.

The mighty Chariot patrols the riverbank and harasses any potential attackers;

Raising an Advisor would protect the King.

One cannot be reckless or impatient when the men in front are attacking.

Focus on the attack, but it would be foolish if the defenses were not up.

It can be challenging to ascertain what lies ahead, but one still needs to charge forward in battle!

A twist in the tale

There was still another turn to the story.

Later, the elderly Ji reflected on his nephew's behavior. Ji Xiaolan was known to have been filial and obedient since young. He wondered what Xiangqi had that mesmerized his young nephew and decided to try out the game. It was said that the elderly Ji fell in love with Xiangqi himself and never again forbade his nephew to play the game. The elderly Ji wrote the following poem, "Issuing a warning to other parents."

The following is the author's translation:

"Instructions to other parents"

What charm does Xiangqi have,

That makes my nephew so besotted?

I threw away his Xiangqi sets twice,

And even put him under 'house arrest.'

Yet his craze for Xiangqi never faltered,

And his love for eh game was unmoved.

I decided to try it for once…

And I was hooked for life!

I solemnly implore all other parents to stop following my actions,

Don't throw away your child's Xiangqi!"

While the poems' authenticity is debatable, the 'crying' poems represent the love for Xiangqi that many people can identify. A little bit of melancholy, a little bit of amusement, Xiangqi can be so agonizing!