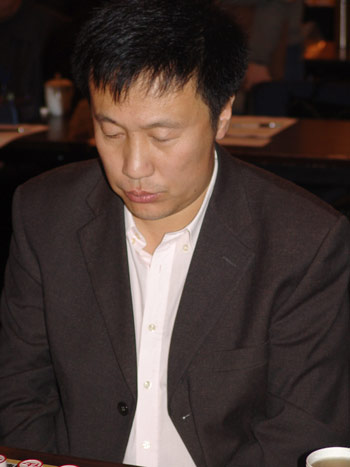 Born in Liaoning province in 1966, Tao started learning Xiangqi at 10. Before long, he was the street champion in Hai Cheng City in Liaoning. He then became the youth Xiangqi champion in the provincial Xiangqi Youth Championships and became an important member of the Liaoning team when they came in 5th in the 1989 Chinese National Xiangqi Team Championship. He was awarded the title of Xiangqi Master that same year. In 1991 he was transferred to the Xiangqi school in Jilin Province where he rendered his services for years to come.

It was in 1994 that he stunned the entire Xiangqi world when he won the Chinese National Singles Championship, thus becoming the 10th champion of the event and the 11th Grandmaster in the history of china. He won that tournament with a 7W-5D-1L record. What was special was the fact that he was not a professional Xiangqi player when he won the tournament. To date, no other amateur or club player has been able to copy his feat. Luck was not on his side though and he came in 2nd place on many important tournaments in the 1990’s. He has been described as very hardworking and brilliant. His opponents have described his play as very lively, very detailed and not conforming to the classical techniques or openings. Tao is still very active in the Xiangqi tournaments. He rendered his services to Hei Long Jiang province in 2006, where he still represents today.

The following video would show a video of a commentary of a match by the grandmaster defeating the legendary GM Hu Ronghua. Solid game.