Xiangqi endgame compositions or problems (as would be the term in International Chess) are an integral part of Xiangqi and one of the gems of the Chinese culture. They represent one of the major fields of Xiangqi, especially in the ancient manuals. Unlike discussion of various opening lines or entire games, well-constructed endgame compositions often have a central theme and contain many brilliant plays that would trick and mesmerize those who dare to try them.There have been many ancient manuals dedicated to the ancient manuals, like the Elegant Pastime Manual, Dreams of Divine Positions, Recluse of the Fragrant Bamboo, Cliff by the Lake et cetera and they represent a considerable portion of the culture of Xiangqi. 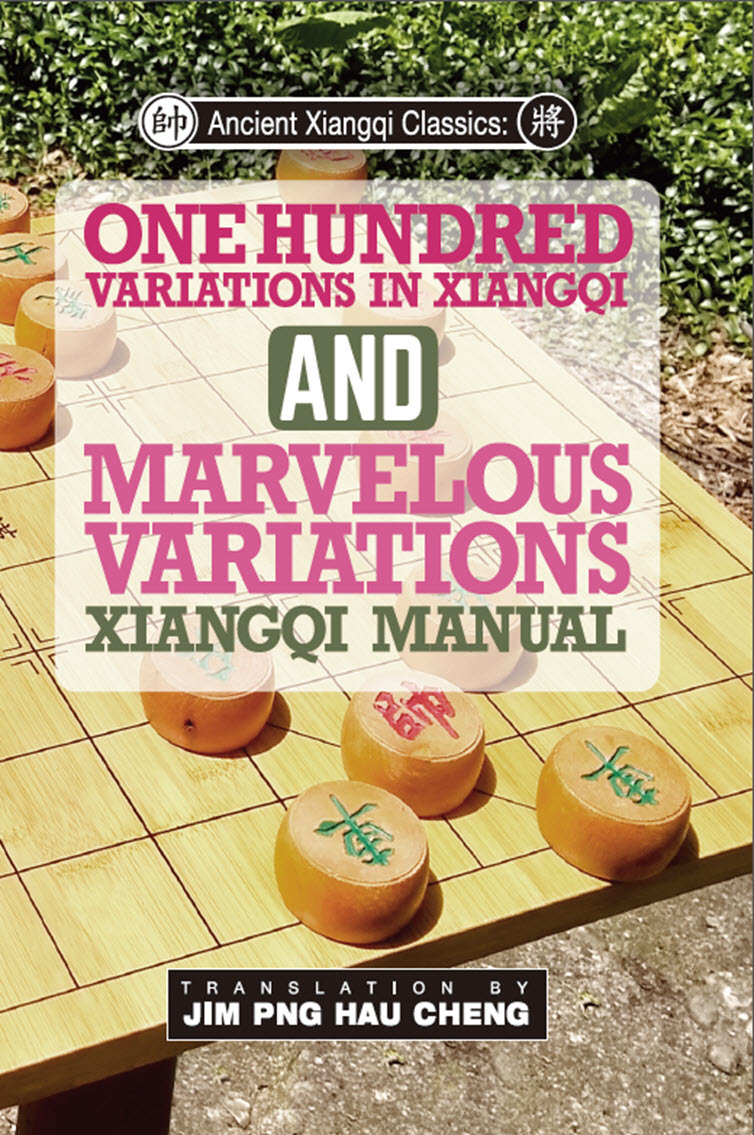 Amongst the ancient manuals devoted to Xiangqi, One Hundred Variations of Xiangqi is one of the oldest Xiangqi books that is still extant in complete form. The ancient manual was believed to have existed during the Ming Dynasty and was written by Zu Long Shi, which was probably a pen name.It contains seventy puzzles where most of the puzzles would end in a draw. As with some problems from the ancient manual, there were several endgame compositions that flawed.

Later in 1866AD, there was another book, Marvelous Variations in Xiangqi that was published. There were fifty-five endgame compositions in the book, but most of its content was similar to One Hundred Variations of Xiangqi. Only nineteen endgame compositions were unique. The author of the book was not known. As there were too many similarities, the translator has decided to combine both the ancient manuals into one book. There was also only one solution that was given for each problem with minimal or no discussion, and many of the problems were flawed. Detailed reviews have been presented in this book. The titles have also been researched as best as possible. This book would represent the translator’s study. Enjoy!

The book is available in print version and ebook version on Amazon.

The puzzles are also shown on the site with minimal explanation. Click here (still under construction).