An Introduction to the Basic Kills in Xiangqi (Chinese Chess) 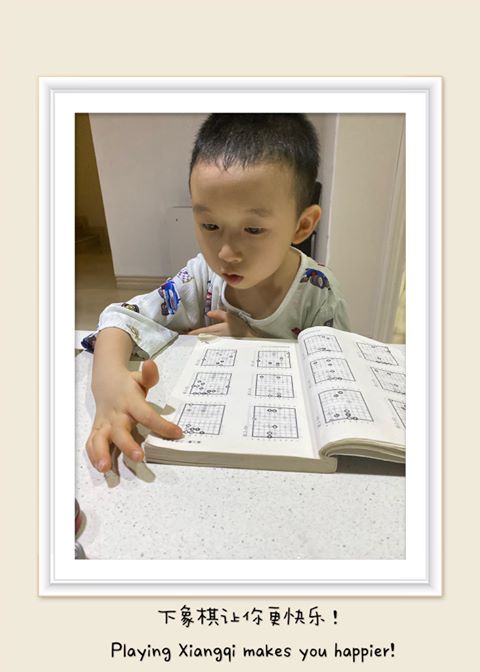 After learning how to move the pieces, it would be best to learn the potential of a combination. Understand how two or three pieces can act together in synergy such that their collcective potential is magnified many times.

In the past, the beginner was recommended to study the endgames as the first step to mastering Xiangqi. However, in recent years, it was suggested that the Basic Kills would be the best place to start learning Xiangqi. For example, in International Arbiter Zhu Baowei's Xiangi for Beginners (《象棋入门》) [1], which was published in 1994, the endgames tabiat section was placed in front of the section for basic kills. Yet in other beginner manuals, the section on Basic Kills was listed BEFORE the chapter on learning endgames.  These books include Wang Guodong et al's Learn Xiangqi together with Me (《跟我学象棋》) [2], Fu Baosheng's Tactics in Xiangqi (《象棋实战技法》) [3] , Teaching Children Xiangqi (《教孩子学象棋》) [4] the chapter for basic kills were listed BEFORE the chapter on basic endgame tabiat.

The same change was also reflected in book series for beginners. In Grandmaster Liu Dianzhong's Beginner's Path in Xiangqi (《象棋初学门径》) [5], which the Webmaster highly recommends, the first book in the sieries of five books listed the Basic Kills after introducing the history of Xiangqi and how to make the moves and some basic rules. Only did the second book in the series focus on endgames.

The Webmaster has many other books but the general consensus was: it was recommended that beginners start with the Basic Kills. Such a change would also suggest that beginners would gain more by learning the basic kills than from going directly into the endgames tabiat.

The Webmaster's good friend, endgame composer Henry Hong, teaches his son in the same manner. He lets his son begin with the basic kills. The picture on the right says it all. If this picture weren't an inspiration to learn the basic kills, nothing else would be!

What is a Basic Kill?

Before we continue, a brief introduction to the basic kill is required.

From the Webmaster's Lexicon of Xiangqi (Chinese Chess) Terms in English

A basic kill would refer to one of the basic ways of attacking that would lead to a checkmate. There are over thirty basic kills, and most are categorized according to the piece-combinations involved. Each basic kill has its own defining characteristics and patterns. For example, in the Tiger Silhouette, the enemy king has to be located on the one of the rib files, while the attacking party would need to have a high angler horse in combination with a chariot.

Basic kills were derived from endgame attacking techniques and are an independent discipline of its own. The beginner is recommended to learn the basic kills before learning the various endgames in the beginning.

The term in Chinese can be somewhat of a misnomer, as there are a few Basic Kills that might not actually lead to a checkmate. One of these basic kills would be the Detonating Mine Attack. A checkmate would not be led, but the entire enemy defense would be shattered to smithereens.

The Webmaster believes that there are several advantages of starting with the basic kills.

Beginners would often get cremated in the beginning because they cannot understand why the opponent made certains moves until it is too late. An analogy would be the Scholar's Mate in International Chess which is perhaps the 'introductory' checkmate. The Double Cannons Checkmate would be the its equivalent in Xiangqi. As the checkmate would probably leave a lasting impression, it would be logical to start learning from there. Understanding why a game was lost and how it was lost is critical to improve your skills. It would also avoid having to swallow the same bitter pill the next time. If a newcomer were to lose too many times, he might lose his passion or curiosity for Xiangqi and that would be the end of his Xiangqi journey. On the flip side of the coin, being able to apply a basic kill to win a game would probably get the newcomer hooked for life.

Basic Kills are relatively simple with fixed patterns for recognition.

Basic Kills in Xiangqi (Chinese Chess) have been broken down into various tactical combinations for study. There are patterns that can be identified. Different basic kills can only be possible if the relevant conditions can be found. By focusing on trying to recognize the patterns and identifying the conditions available on the board, the newcomer would be more focused and systematic in his initial analysis. Repetitive practice over time would ensure that the newcomer would gain a 'feel' of the board and be able to intuitively make brilliant moves in the course of actual play. After learning how to move the pieces, it would be best to learn the tactical potential of a combination. Understand how two or three pieces can act together synnergistically.

Basic Kills are perfect for introducing tactics. The relevant tactics demonstrated can be mastered very easily. For example, the tactics of discovered attacks/discovered checks can be readily appreciated in the various kills with the chariot-horse combination. The tactics of sacrificing material to achieve a goal would be easily learned by going through basic kills.

Focusing on combinations of two or three pieces on what they can do would prevent overloading the newcomer with too much information. As in life, the simple things matter the most. In contrast, if the newcomer were to start his Xiangqi journey by trying to master the opening, he would not be able to appreciate the synergy or potential of just a few simple pieces. Starting with topics like the opening would also cause unnecssary confusion.

Basic Kills can act as platforms to learn harder aspects of the game.

In an article on 木门斋's blog, there was an introduction to the Iron Bolt Checkmate. The blogger, Mumen Xiansheng (木门先生), is a Xiangqi coach in life. His real name is Zhang Chen (张晨) and his disciples include Chinese Xiangqi Master Zhang Xuanyi 張玄弈 (who happens to be her daughter) and also Xiangqi Master Shaoru Lingbing 邵如凌冰. Zhang Chen wrote a series of articles on Basic Kills that the Webmaster only discovered recently. In one particular article, Zhang Chen demonstrated how you could improve on the Iron Bolt Checkmate. He began by teaching the basic requirements of the Iron Bolt Checkmate, and then added pieces and different scenarios. In essence, after learning the basic kill, the addition of more Xiangqi pieces allowed the beginner to add more possibilities. His article is given here. Although the article is in Chinese, the gif diagrams on the board should be self explanatory.

Note: The Webmaster had the opportunity to meet Zhang Chen in person and was most impressed by his humility and passion for Xiangqi. He has also kindly 'donated' some of the articles that he had written in Chinese, especially a series of articles on the late legendary Centenarian King of Xiangqi, Xie Xiaxun which can be found on this site, in English.

After learning the basics kills, solving puzzles would become a less tedious approach as the newcomer would now have a sense of direction. If there is a chariot and a horse left on the board, a player well versed in the basic kills would automatically try to see if any of the possible basic kills involving the chariot-horse combination. He/she would also try to see if the opponent would have any possible basic kill and be able to defend accordingly.

Poor Fundamentals in the Basic Kills = Missed Opportunities and LOSING Games when enjoying and advantage.

What would happen if you did not have a strong foundation in the basic kills?

The Webmaster has missed many opportunities to win in Xiangqi just because he simply could not visualize a kill. He believes that this situation occurs commonly simply because his foundations were not strong enough and that he could not identify winning positions in complicated situations.

The picture shown on the left was provided to me by a friend who suspected that his opponent used software to cheat.

The picture was done using the self-analytical software provided on Tiantian Xiangqi, perhaps the most popular Xiangqi app in China today. As can be seen, one of the criteria given for analysis was the number of times that a checkmate was missed. It would demonstrate how much emphasis was placed on the basic kills.

For visitors with a background in International Chess, the basic kills are skills that are even more important to learn. The relative fluidity of Xiangqi with a bigger board and the fact that the king is confined to the palace makes basic kills a fundamental skill that is critical for success. As the king is confined to the palace, there are only nine intersections to attack using the basic kills. This fact would mean that attacks are more aggressive and the tables can be turned in the blink of an eye.

How many types of Basic Kills are there?

It is estimated that there are about thirty different basic kills. To the Webmaster's knowledge, a systematic classification of the Xiangqi (Chinese Chess) Basic Kills only appeared one to two decades ago. In the very old Xiangqi manuals, sometimes there would not be any mention at all. However, there is still no consensus to the number of basic kills there are. The Webmaster will use the contents of the books mentioned above to demonstrate this point.

In Grandmaster Liu Dianzhong's book, he chose to divide the basic kills into those that were delivered with consecutive moves and those that did not do so. The relevant basic kills were given as examples. The reason for this would be in the definition of the basic kill.

To make things complicated, because of the geography and culture of different peoples in China, the same Basic Kill would be called different names. Books that were published in one province would use a particular name for a basic kill, while books from another province would use a name that might be very remote. Some of the basic kills would also contain some vulgarities. The Eunuch chasing Emperor kill would be a good example. The Webmaster has identified and explained the various basic kills on this website.

To faciliate learning, the Webmaster has categorized the common basic kills based on the key piece and other identifying characteristics:

Please click on the links whereby an indepth discussion and multiple examples will be given. After understanding what a Xiangqi (Chinese Chess) basic kill was all about, please go ahead and try the daily puzzles listed on this site, and also go through the ancient manuals. The Elegant Pastime Manual is highly recommended and guaranteed to cement your knowledge of the basic kills.

What to focus on when learning the Basic Kills

The following are a few points that the Webmaster has culled from different books and also from his own experience. It can be divided into the following scenarios:

When learning a basic kill,

When attacking with a significant advantage,

When defending against a possible lethal threat, ask yourself these questions:

The Webmaster has also recorded a series of videos that are available on Youtube.
Click on the link on the top corner of the window to go to the library on Youtube or simply search 'Basic Kills Tutorials' on the channel's website.

For players who prefer reading about the Basic Kills in a book, the Webmaster has published a book to help you out.

DISCLAIMER: This webpage contains products with affiliate links, which means that if you click on one of the product links, xqinenglish.com will receive a small commission. You will not incur any extra cost when buying from an affiliate link.