Introduction to the Elegant Pastime Manual

Although not the earliest of the ancient manuals, the Elegant Pastime Manual (《适情雅趣》shì qíng yǎ qù) is perhaps the most thorough and systematic Xiangqi manual in the ancient times. A rough translation of the title would be suitable (适) and elegant pastime/interest (雅趣).
It was written in the Ming Dynasty by Xu Zhi( 徐芝 xú zhī). Xu had collected and based his work on two earlier manuals, Dreams of Divine Positions (《梦入神机》mèng rù shén jī) and The Eighteen Stances of the Golden Roc (《金鹏十八变》jīn péng shíbā biàn). It is believed that this great masterpiece was written around AD 1570. 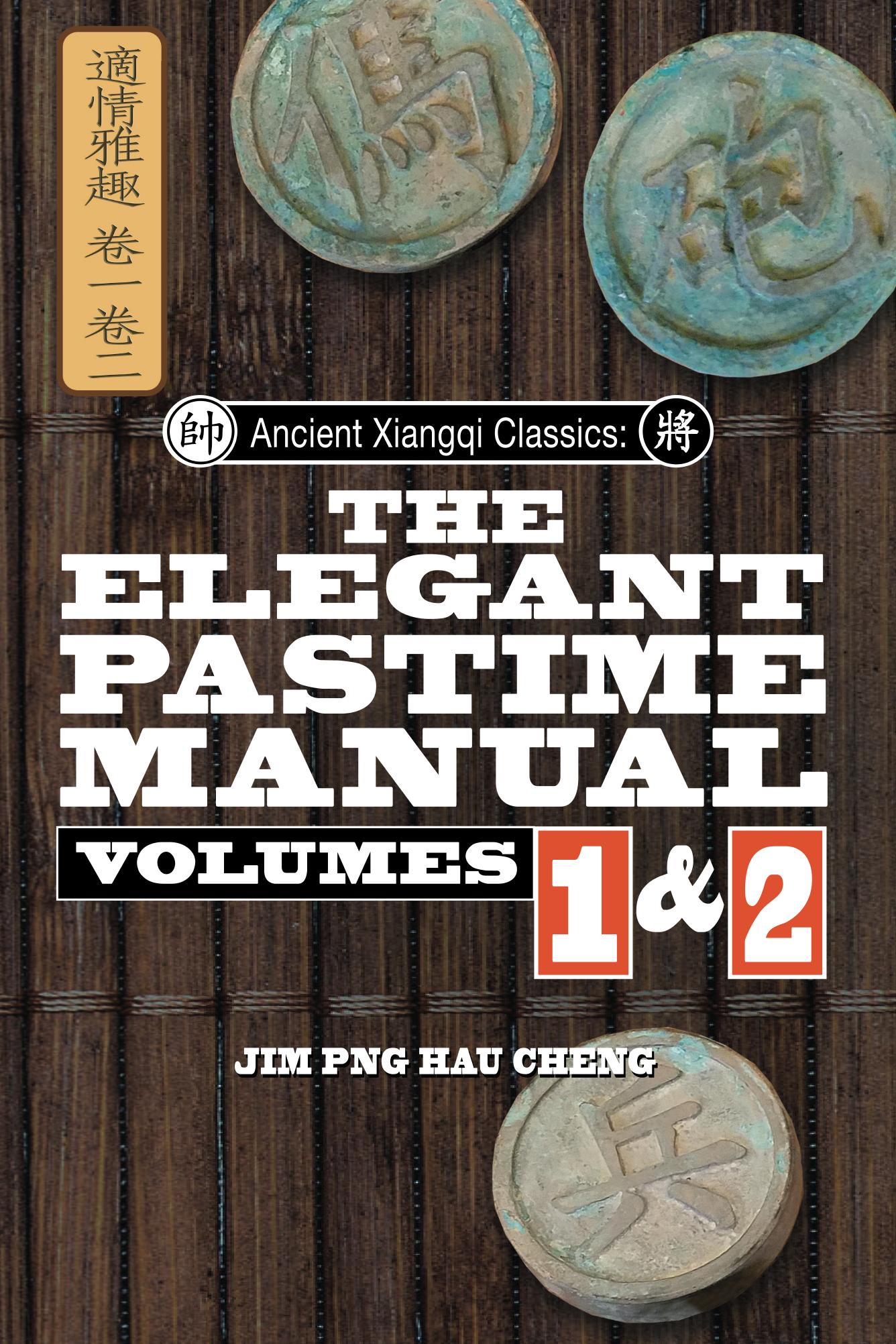 There were ten volumes to the original work and includes works on openings, midgames, and whole games.
Volumes 1-4 is a study of kills in various midgames. Volumes 5 and 6 teaches endgames, but in Volume 5, the endgames mostly end with red wins while the endgames in Volume 6 mostly end in draws. There are 550 games from Volume 1-6.
Volumes 7-10 are based on openings from The Eighteen Stances of the Golden Roc (《金鹏十八变》jīn péng shí bā biàn). It also reflects the fashionable openings of that era. There are 51 chapters to it, which include 21 chapters on openings with advantages to red, 14 games whereby a handicapped move was given to your opponent, and 16 handicapped games whereby a one-horse or two-horse advantage was given to your opponent.

What made the Elegant Pastime Xiangqi Manual one of the greatest masterpieces of all time was the thoroughness and systematic study of Xiangqi. There was the advice given in the book that is still applicable today. If the visitor master the principles shown, you could apply them to your game and increase your skill level significantly. The ingenuity of the moves is also breathtaking. Please click to see some of the kills to understand why. The Elegant Pastime Xiangqi Manual has been hailed as the most excellent Xiangqi manual on basic kills for all time. And unlike later chess manuals that focused specifically on openings, or endgames, or Xiangqi setup compositions, Elegant Pastime Xiangqi Manual encompassed all. Indeed, it is recommended by all Xiangqi masters, and to date, many contemporary Xiangqi manuals still refer to it.  There are errors in some of the listed games. 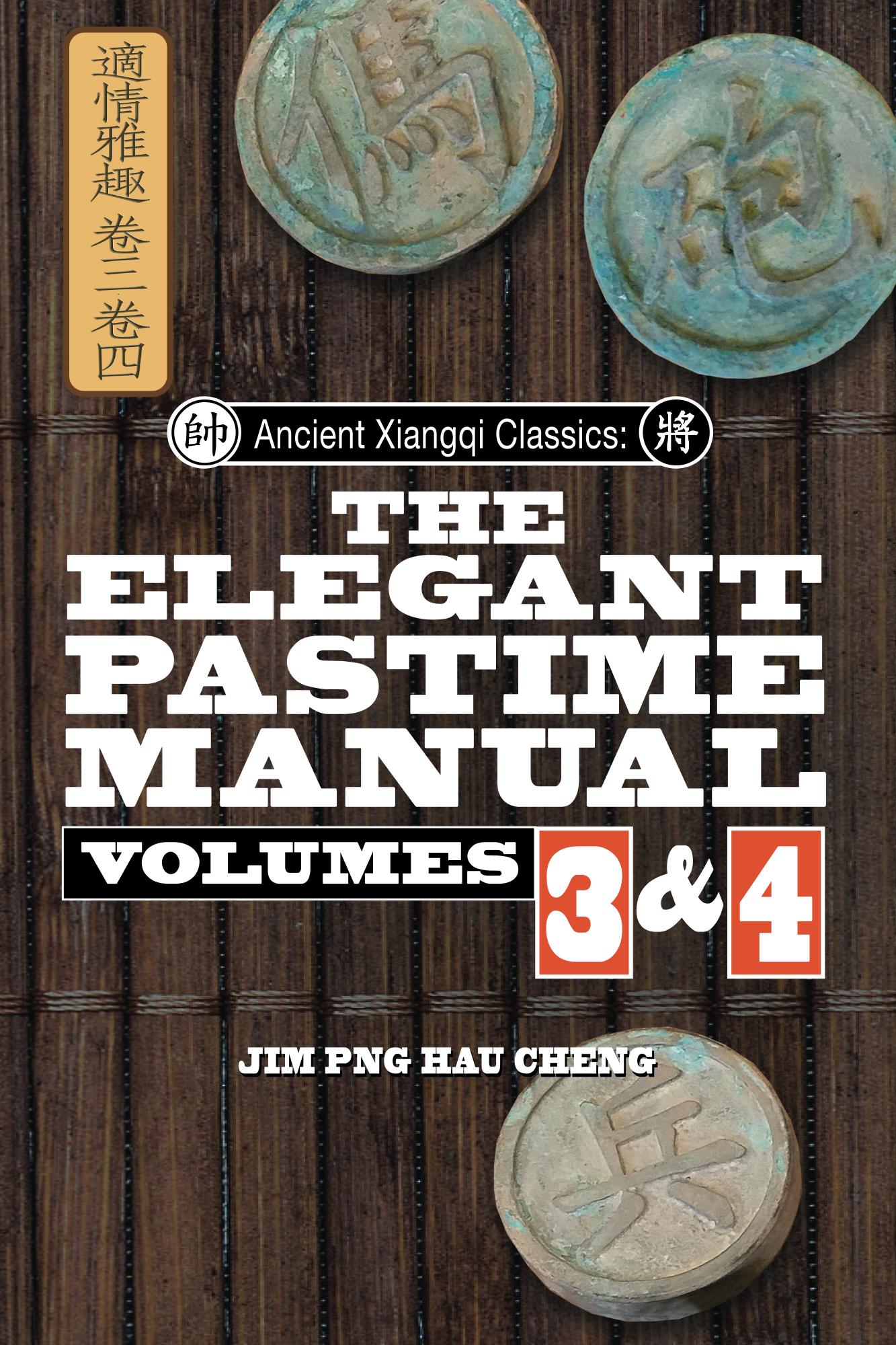 Xiangqi legend Xie Xiajun studied all of the games and found some mistakes and eventually corrected them. Others like Xu Jialiang (徐家亮 xú jiā liàng, a chess polymath who is a master of both Xiangqi and International chess, who incidentally was the 1958 Chinese National International Chess Individuals Champion), have further corrected some of the games. But original author Xu Zhi deserves praise for having written such a masterpiece that has stood the tests of time and has gained recommendation by practically everyone who has come across this masterpiece. And for a 500+-year-old Xiangqi manual, it is just plain superb. Each puzzle has a four Chinese character name, some reflective of ancient wars, others using Chinese idioms that are still in use today. These were meant to tell the story of the board given. Xu Zhi also painstakingly inserted a hint in almost every board, so that the reader could try to solve the puzzles. Talk about user-friendly 500+ years ago...
It is impossible not to make mistakes in uploading the games, so if you find any mistakes, please tell me. I will try to explain the most important moves in detail.

Lastly, as there are 550 games alone in the puzzles section, I will try to publish ten games within one page. When I have the time, I will go into the details and then publish some of the errors found by contemporary masters and publish their findings and insights. As for the rest of the volumes, that would have to wait...
But for now, I believe it would be sufficient with the games published. Please click on each link, and the games will be shown in the same window. Enjoy!!! 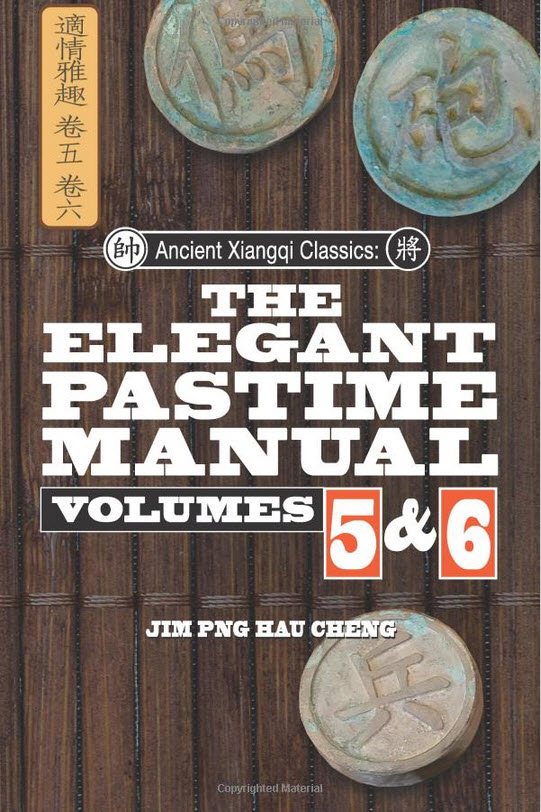 Last updated: 12th July 2011
Acknowledgements:
Mr Felix Tan for many modifications and proofreading.
Mr Peter Sung for proofreading and Mr Lau Mong Yong for helping me out with some of the games.
Mr Ong Hock Seng has also helped proofread and sent his own study of game 108 and other corrections for mistakes in other games.
Mr Chris Hankinson for pointing out a few mistakes! And for helping me out by doing many of the games!!! If I could click "like" for Chris, I'd do it a million times.